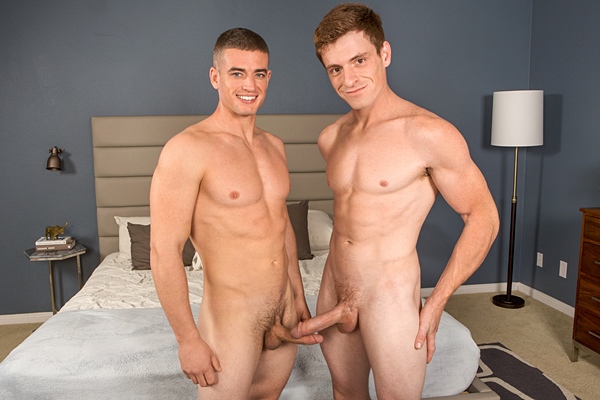 Robert is a hot straight jock with his clean buzz cut look, lean fit body and a tight bubble ass. Robert is very open-minded and likes to explore something new.

In the meantime, Robert shoots his hot load completely inside of Curtis. In second round, Robert sucks Curtis’ dick, and rams Curtis in doggy and missionary style. Robert gives Curtis a hot facial before Curtis wanks himself off.