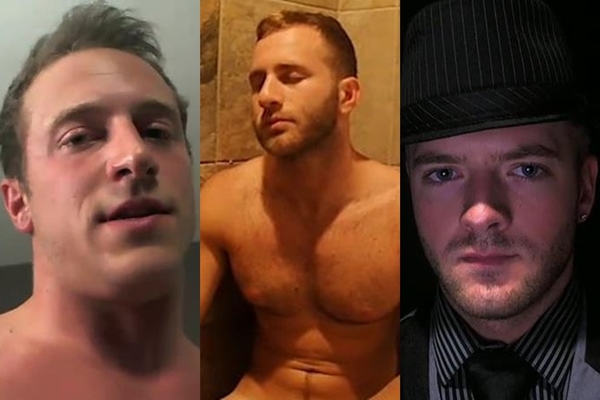 Doc Tay Tay, La EL and Sean Holmes, three hot muscle jocks are happy to upload their big loads for fans at Gayhoopla. Their names maybe sound new, but they are not newbies. They are all former Fratmen models. Let me talk about more of these hotties.

Doc Tay Tay, aka Taylor at Fratmen, is a hot blond jock. This guy likes to be watched on camera. He did some hot solos before he made his debut at Gayhoopla. (Check my post: Muscle Jock Taylor’s Two Hot Orgasms).