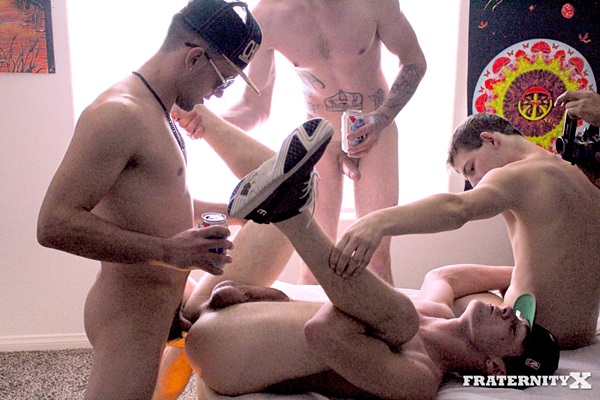 This is also Ethan’s bottoming debut. It’s the first time I see two frat dudes get fucked in one scene at Fraternityx. It’s great to see Fraternityx try something new for fans. The hot jock wearing a “Chicago” hat looks like Tom, but I am not sure.

Charlie is the first one who gets gangbanged by the other three. Moments later, Tom, Kris and Charlie take turns barebacking Ethan’s tight ass until they seed Ethan’s worked hole with three creamy loads.