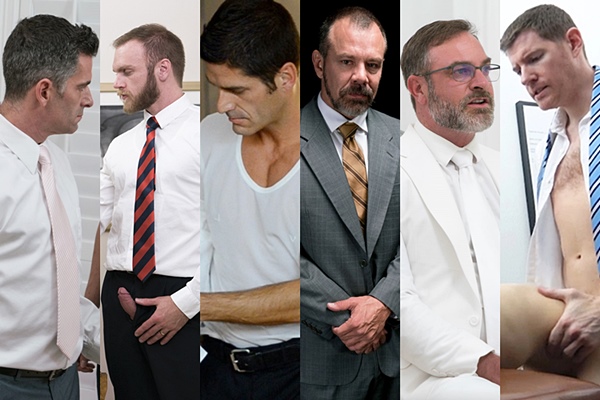 It is time to create a new model list for macho daddies at Mormonboyz. Bishop Eldridge, Bishop Gibson, Bishop Stevenson, President Ballard, President Faust and President Olsen, which are your favorite Mormon daddies?

I made a list of Mormon daddies last year (Check my post: Hot Mormon Daddies Part 1). Here we have 6 new daddies: Eldridge, Gibson, Stevenson, Ballard, Faust, Olsen (from left to right). Let’s vote for your favorite daddies (You can choose up to 3 guys).

Except Stevenson, other daddies are new guys. Eldridge also made his bottoming debut. Olsen is a hot blond daddy with a big fat cock. He always wears a mask at Mormonboyz, but it’s nice to see Olsen unmask and show us his handsome face at Familydick.

I know fans enjoy watching older younger style scenes featuring these Mormon daddies. I hope these hot daddies could push their limits and bottom up some day. Of course I won’t miss their bottoming debut if they do. Stay tuned!