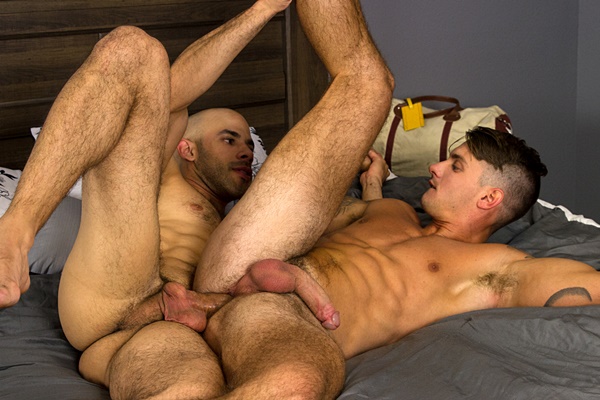 Clark (aka Sebastian) used to be fans favorite models at Corbinfisher. It’s nice to see Clark explore his bottoming role more after he joined Guysinsweatpants. To be honest, this is Clark’s best bottoming scene.

Austin keeps pounding away at Clark’s ass in sideway style before he fucks a sticky load out of Clark. Austin can not hold back any longer, shooting his second load deep in Clark’s worked hole in a deep relief.