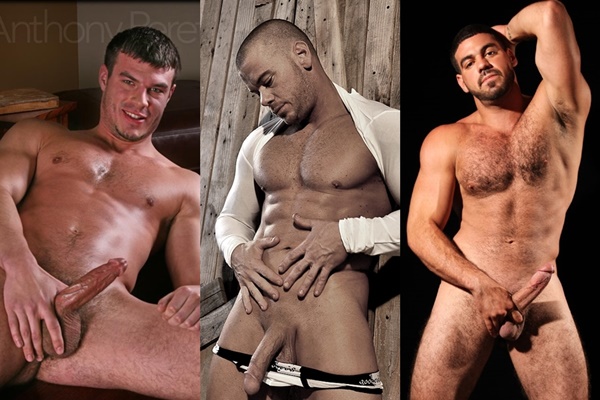 Anthony Peretti is a hot newcomer at Legendmen. He has a very balanced body and a beautiful dick. I like how he plays his pubes and balls while stroking his hard dick. Anthony is a big cummer. See loads and loads of protein gushing from his stiff dick.

Anthony Peretti, Damon Danilo, Ricky Larkin. Which Dick You Like Most? was last modified: July 12th, 2013 by mensparkle