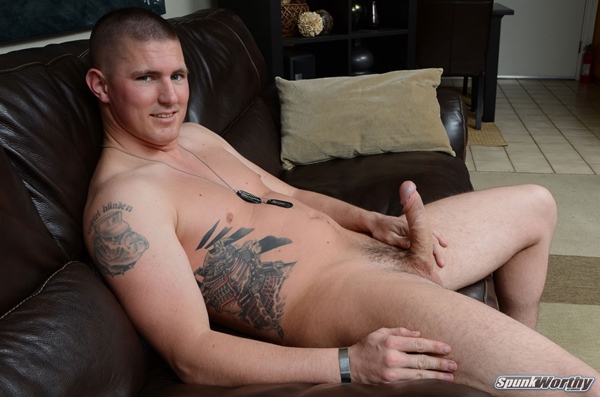 Eli has a beautiful uncut cock. It’s the one we heard called “French Cut“, with foreskin that he can pull down about halfway over the head of his dick. Eli seems a little bit nervous at the beginning, but he becomes more confortable with camera once he starts working on his boner.

He strokes his hard inches in different positions and teases us with his nice bubble butt. Eli tells the director that he loves wanking as often as possible. He jerks off pretty much every day. But he does save up a lot for this shoot.