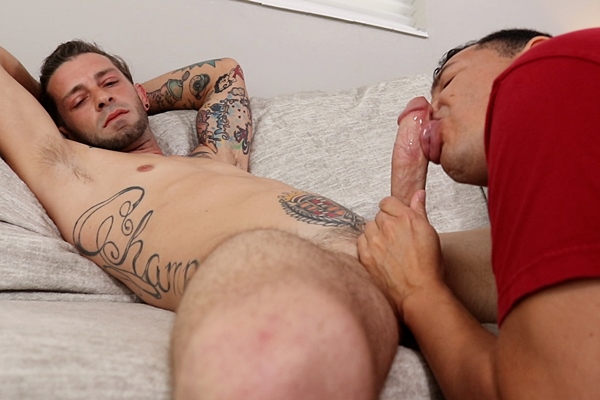 It’d been half year since Papa did his last scene at Beefcakehunter. The economy is slow, Papa needs extra money to cover the expeneses. Victor fondles Papa’s fit body, sniffs his crotch and worships his legs.

He sucks Papa’s dick and licks his balls until Papa gets hard. Papa pounds Victor’s hungry manhole in cowboy and doggy style until he pulls out, blowing a sticky load on Victor’s juicy ass in an intense orgasm.