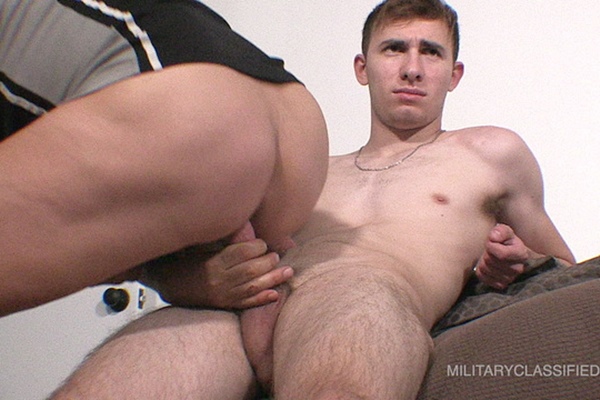 Dustin was frat model Dylan Lee at Fraternityx before he worked for Militaryclassified. Rob pulls Dustin’s cock out of his pants, sucking Dustin’s dick in passion until Dustin gets rock hard.

Dustin barebacks Rob in sideway and reverse cowgirl style before Rob works on Dustin’s dick with his hands again. Finally, Dustin moans loudly and gets his creamy load jerked out of his hard boner in an intense oragsm.