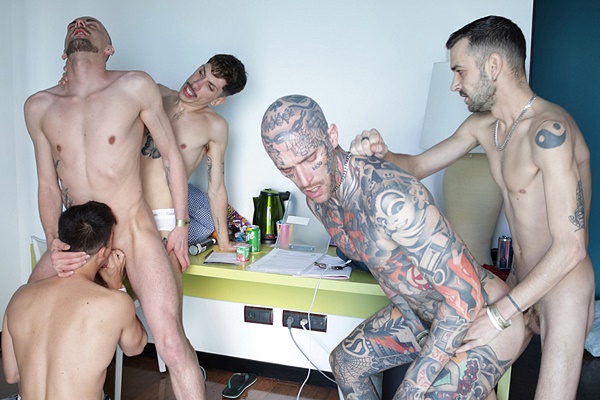 Luca is the guy who sucking dick in the cover photo. All four guys are anonymous models from Hungyoungbrit. One top with bloom inks on his right arm appeared in a previous episode (Check my post: Whatsapp Group Guys’ Raw Party).

Another top with a Tai Chi Diagram tattoo on his left shoulder is a new face. Luca and the other two versatile guys take turns getting fucked in different positions before Luca take three loads in the ass and one load in the mouth.