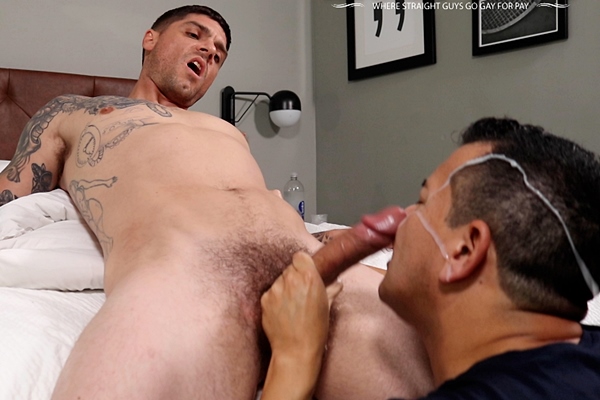 Evan is one of my favorite manly straight model from Beefcakehunter. As economy is slow, Evan is happy to make extra bucks to cover the expenses. Evan rubs his bulge before Victor deep-throats Evan’s dick passionately.