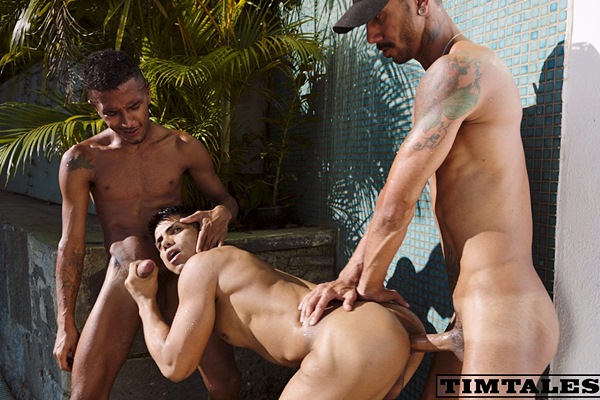 Both Igor and Levi are new tops at Timtales. Levi is a hot Brazilian stud with a bearded macho look, lean tanned body and a 9 inch big fat cock. Lex sucks Igor and Levi’s big dicks by the pool, even under the water.