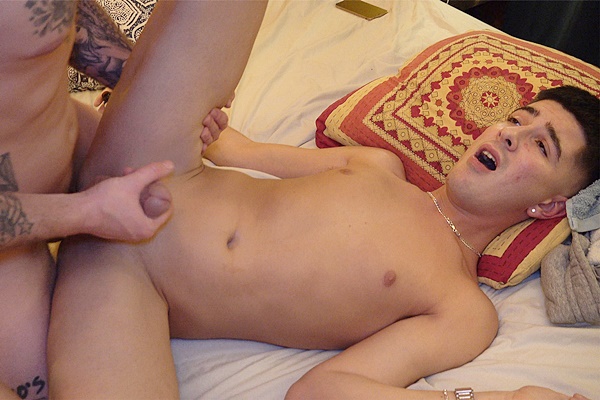 Jack barebacks Carter in doggy and missionary style before he pulls out, dumping a thick load on Carter’s ass crack. Jack shoves his cummy cock back in Carter’s ass and keeps pounding Carter before he fucks a juicy load out of Carter.