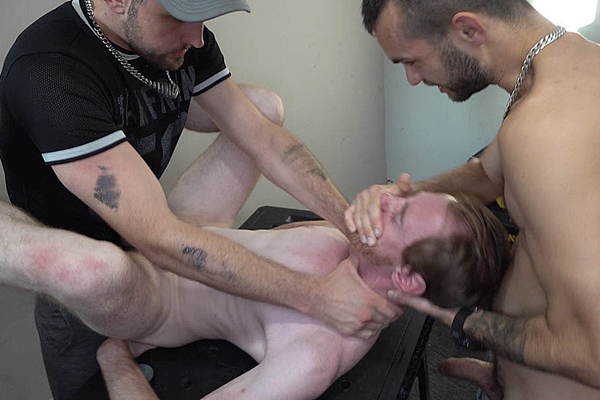 Both Ben (in black tops) and Ollie are new models at Rawroadnation. They are also new faces to me. Ben and Mikey take turns sucking each other’s cocks before Ollie comes in. Ollie blows Ben and Mikey before he gets spit-roasted by two tops.