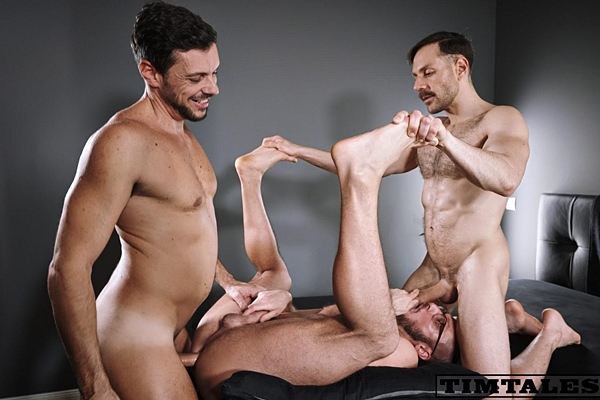 Here is a hot raw threeway featuring big-cocked Brazilian muscle daddies Gaucho and Mario Galeno with power bottom Saverio. Watch Gaucho and Mario tag team and double fuck Saverio in a various of positions before they give Saverio facials.

Saverio has been a regular power bottom at Timtales, but this is the first time Saverio gets double penetrated. Saverio’s putting his bottomless raw hole to the DP challenge. It turns out he’s a great job of taking two monster cocks up the ass in different positions.