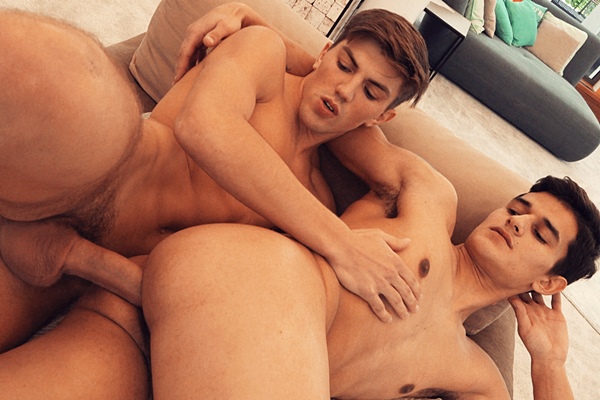 Rico has done a lot of scenes at different studios, all as a top. He’s aka Adamek Alex or Luke Geer at Williamhiggins and Bigstr, aka Breno Gomes or Tony Milak at Eastboys. It’s great to see Rico push his limit and make his bottoming debut at Freshmen.