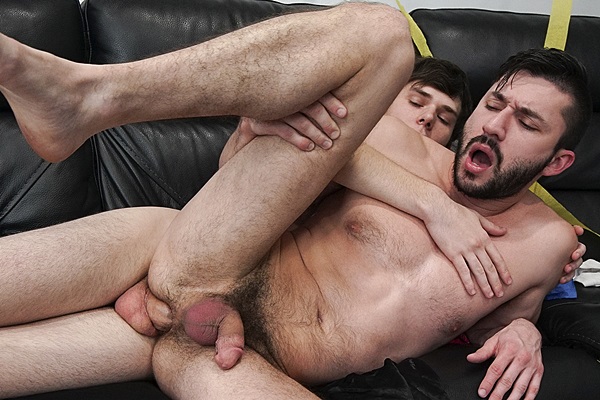 Scott is a hot versatile model at Brothercrush. Scott can fuck the bottom like a machine, and can take a dick like a pro. Scott wakes up with a hangover after a late night party while his younger stepbrother Dakota sneaks in the room.