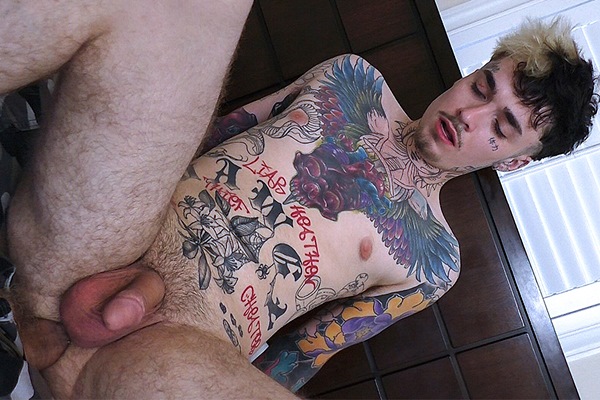 Evan is the newest model from Boyshalfwayhouse. I don’t like his big inks, but Evan is a cute boy in some way. Evan is commanded to deep throat the house manager’s thick cock before the manager probes Evan’s tight hole with his finger.