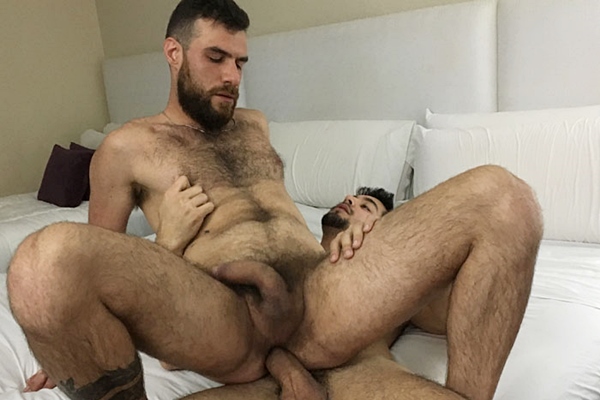 Both Rodri and Sion are new models from Bilatinmen. It’s their first hardcore scene, and also both guys’ bottoming debut. Rodri (the guy with inks on his ribs) is my new crush at Bilatinmen. He’s a sexy latino with a rugged look and a fit fuzzy body.