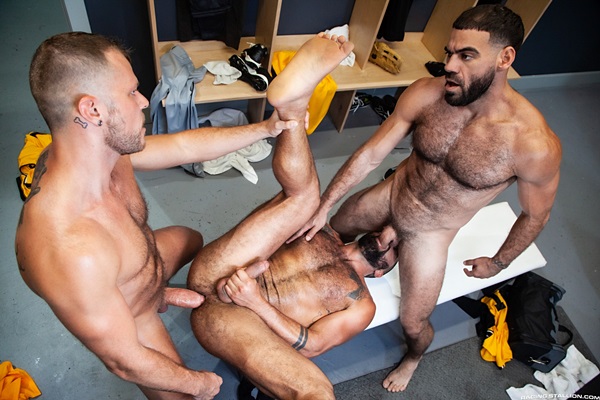 I introduce this scene because it’s rare to see hung Canadian stud Wade take a dick up his ass. Wade is a power top at Timtales. It’s nice to see Wade show us his versatility at Ragingstallion. Three guys kiss and blow each other until they’re hard.