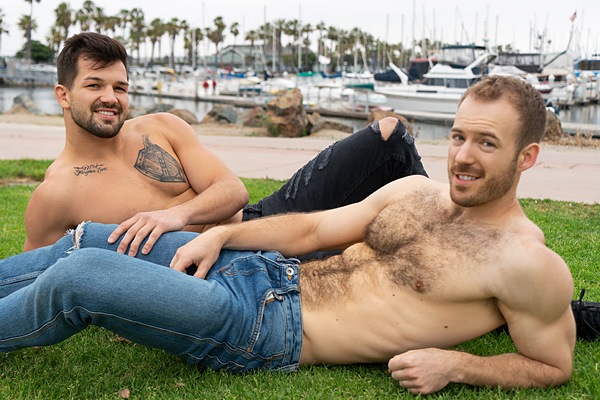 New model Michael is a hot dude with his charming smiles, fuzzy build and a tight bubble ass. Michael just made his solo debut at Seancody a few days ago. Now he’s back for his first duo scene, and also his bottoming debut.