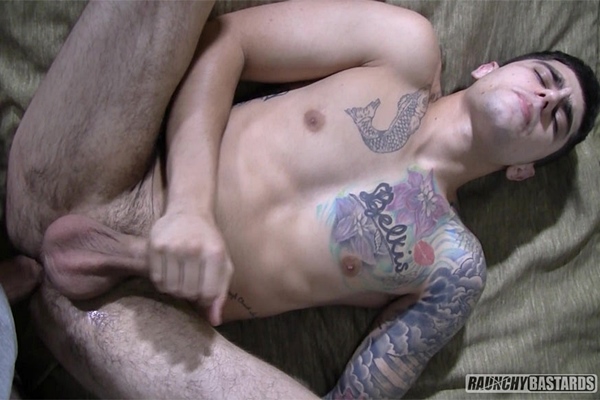 Danny’s one of most popular models at Raunchybastards. His bottoming scene is always a big turn-on. Danny gets naked, showing off fit body before he sucks Clay’s dick. Clay and Danny stroke each other’s cocks as they kiss with passion.

Clay barebacks Danny in missionary, doggy and cowboy positions until he nuts in Danny’s ass. Clay has Danny sit on his face before he felches his load out of Danny’s ass.