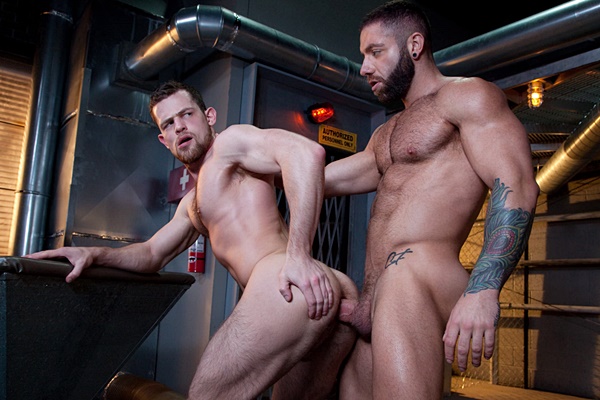 Ragingstallion has been a condom studio for years. Finally, they decide to try something new and launch their first raw sex scene from movie “Raw Power”, starring masculine stud Eddy and Kurtis.

Eddy and Kurtis kiss with passion before they take turns blowing each other. Kurtis rims Eddy before Eddy barebacks Kurtis in doggy style. Then they switch the position.