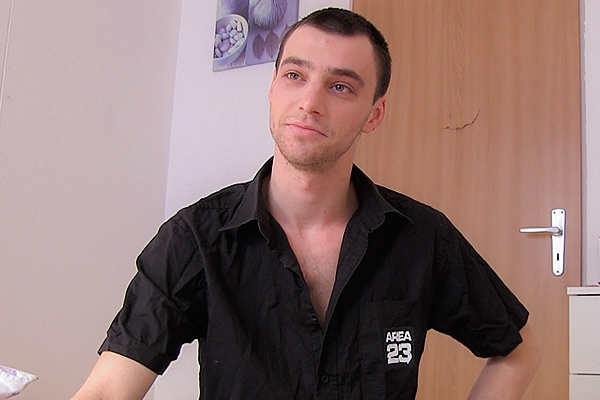 Polacek is a handsome straight boy with a smooth body and a tight bubble ass. Polacek is now in trouble. He needs money to pay his debts and installments for his expensive car. So the cameraman takes advantage of Polacek’s financial situation.

Polacek is asked to jerk off in front of the cameraman until he blows his hot load. Polacek then sucks the cameraman’s fat dick. The cameraman barebacks Polacek’s tight hole in doggy and missionary style until he nuts on Polacek’s cute face.