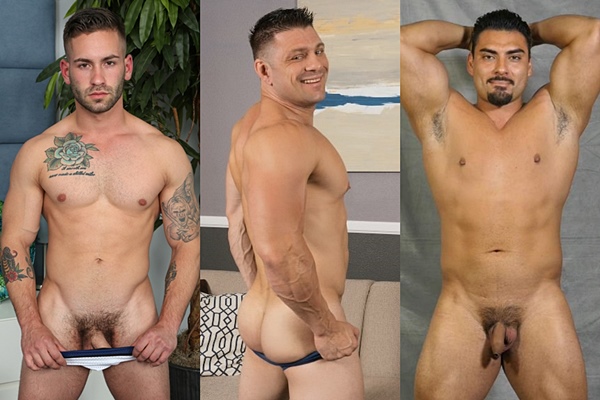 Bronson is a good looking straight jock with a lean fit body, some bad ass tattoos and a tight ass. Watch Bronson stroke his hard boner before he shoots a sticky load. Bronson is scheduled to be back for a gay hardcore scene. Can’t wait.

Dougie is the newest model at Seancody. Dougie is a hot straight muscle hunk with a sexy manly voice, muscular body, a meaty ass and a thick cock. And Dougie is a big cummer. Watch Dougie stroke his hard boner until he shoot two big juicy loads.