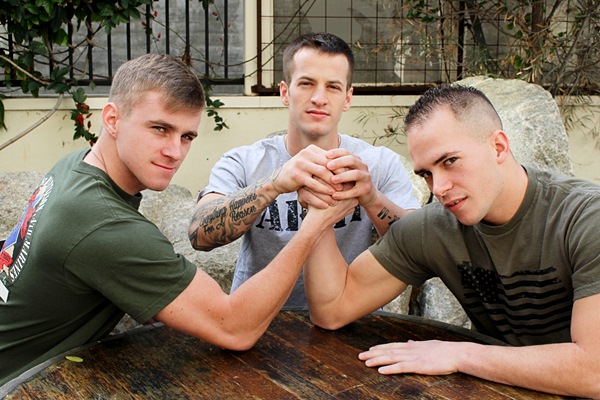 Richard is a hot muscle jock with his tattooed ripped body and a tight ass. This is Richard’s first gay hardcore scene. He is a great cock sucker, and also a powerful top.

The three take turns blowing each other in a sandwich sucking train. Quentin and Richard then tag team Ryan at his both ends in doggy and missionary positions. I enjoy watching Ryan get fucked because his sexy moaning is big turn-on.