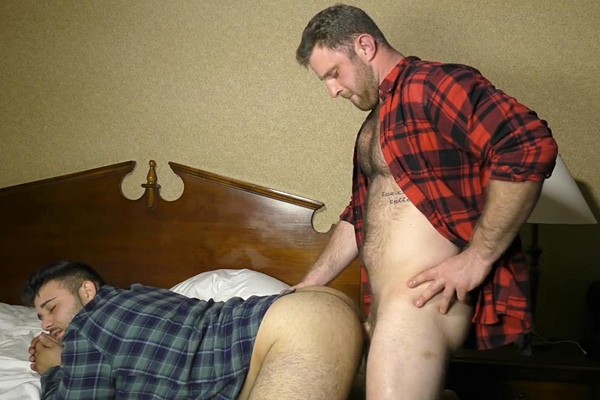 They both look great in plaid shirts. Blaze and Marcelo strip each other bare before they take turns sucking each other’s dicks. Blaze then barebacks Marcelo’s hairy ass in doggy and missionary style, twice.