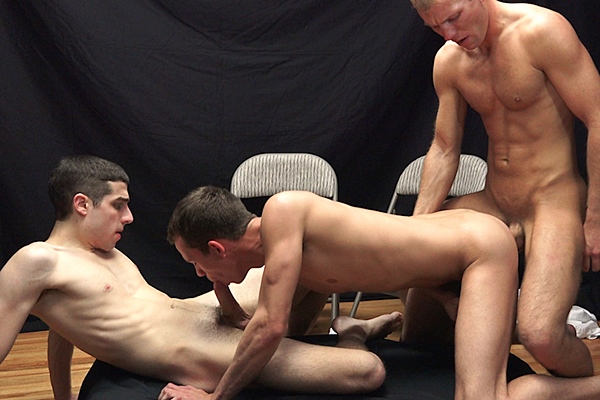 Johnson is a hot blond jock with a lean fit body. Lindsay (the guy in grey shirt) and Ricci (the guy in orange shirt) make out like real lovers. Soon they suck Johnson’s cock before three guys have a sandwich oral train.