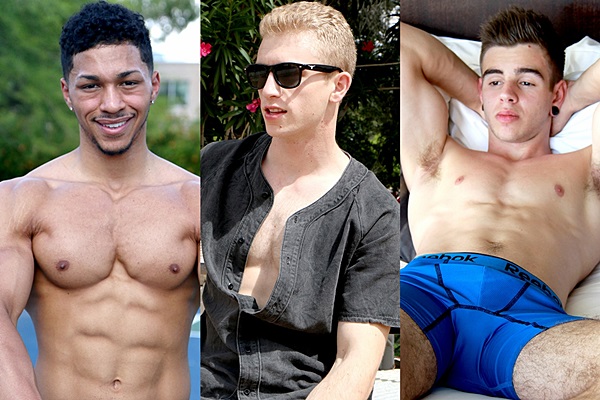 And hot muscle jock Sean Costin will have three sex scenes coming out. The first scene in which Sean tops newcomer Leo Bosh will be released on June 1st, 2015 (coming Monday).

Sean also fucks Clay Anker and Michael Evans in other two scenes. I am not sure Sean is the top or versatile in these two scenes. But Michael getting his hot bubble ass fucked is a must-see. More HD photos and reviews will be coming soon. Stay tuned!