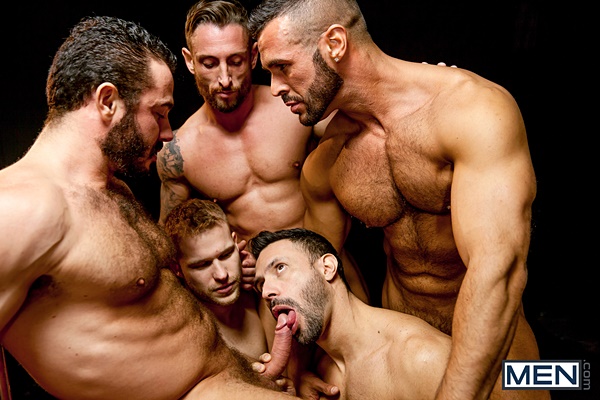 Jessy is the lucky top in this scene. He fucks Denis, Flex, Nick and Malek one by one in different positions. My favorite part is handsome bodybuilder Flex getting his both holes fucked by Jessy and Denis.