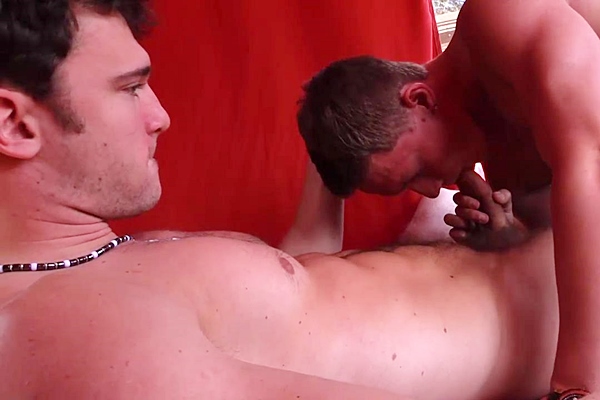 Hot athletic jock Jason Keys finally had his first interaction with a guy. Watch Jason and Jaden Storm kiss and take turns blowing each other till Jaden strokes a nice load out of Jason.

Veteran Jaden is the right person to break in Jason. The two start to play golf outside till they get sweaty. They are back to camp to make out. Jason Gets His first man kiss.

Jaden starts to jerk Jason’s hard cock to get him off. He strokes Jason’s stiff pole harder and faster till Jason moans loudly, shooting his big load all over his six-packs.