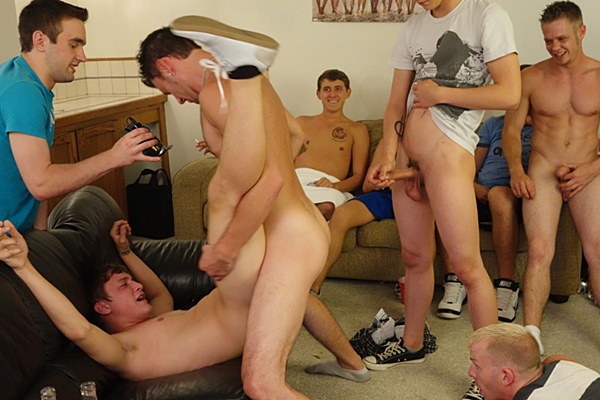 Pike is a new face to me. And I love the scenario. A sad boy finds the wrong person to pour out his bitterness. Pike ends up with getting barebacked and creampied without mercy.

Matt, Mike and Stiffer have Pike suck their dicks back and forth before they get him on the couch. They take turns barebacking Pike’s tight hole hard and deep with lots of dirty vocal.