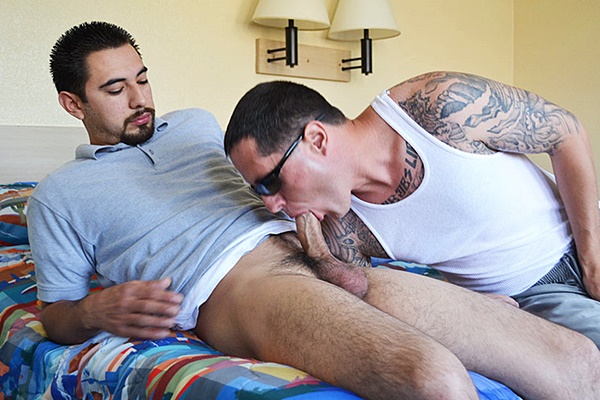 Tito is very handsome and masculine. When Tito gets his pants ripped off, his big dick stands out. Mugzy is a hot white stud. I like Mugzy has sex with his sunglasses on. He looks damn cool while taking Tito’s big cock up his tight muscle hole.

Mugzy is such a good cock sucker. He swallows Tito’s fat cock down his throat, which gets Tito rock-hard quickly. Tito fingers Mugzy’s tight muscle hole to loosen him up. Then he shoves his hard meat into Mugzy’s muscle butt, fucking this hot white stud in doggy, reverse cowboy, sideway and missionary.