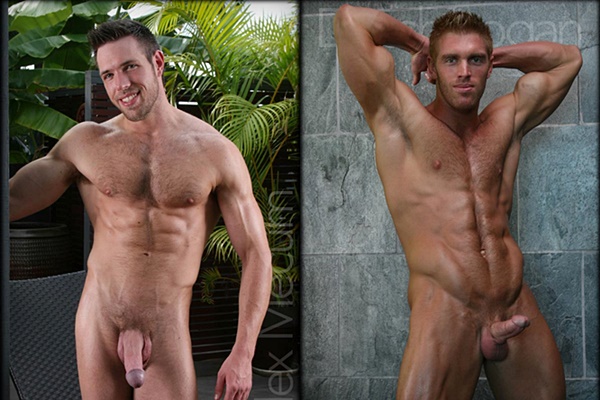 Alex is sexy from head to toe. His monster cock between legs easily stands out. Alex has a thick, long dick with a big mushroom head. It’s such a beautiful dick that I can worship for the whole night.

Blond muscle hunk Dutch Logan is hot as hell. He has a flawless body with a big dick. Dutch has most beautful back shape I’ve ever seen. He looks macho and cool all the time. But when Dutch’s happy, his smile outshines the sun.