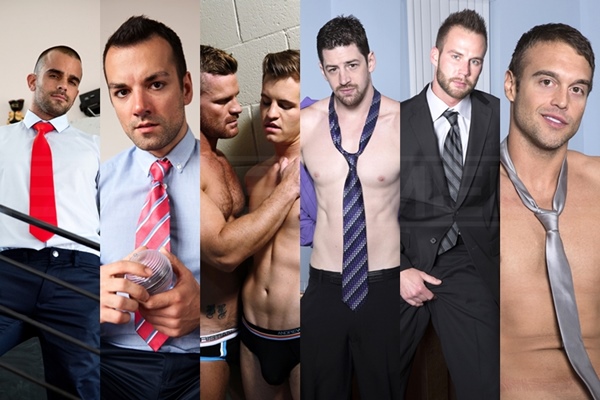 In “The Sales Call“, Andrew Stark, Chris Bines and Rocco Reed have a threeway in which Rocco bottoms for Andrew and Chris. It’s been only one year since Rocco joined Men.com. This big straight star totally turns into a bottom bitch.

Fans have been never tired of watching Rocco throw his thick legs in the air and get his muscular ass fucked hard. In this scene, Rocco gets both his holes filled with Andrew & Chris’ big dicks in doggy, missionary and reverse cowgirl style. Watch Rocco gets fucked balls deep till the three blow their juicy loads at the end.