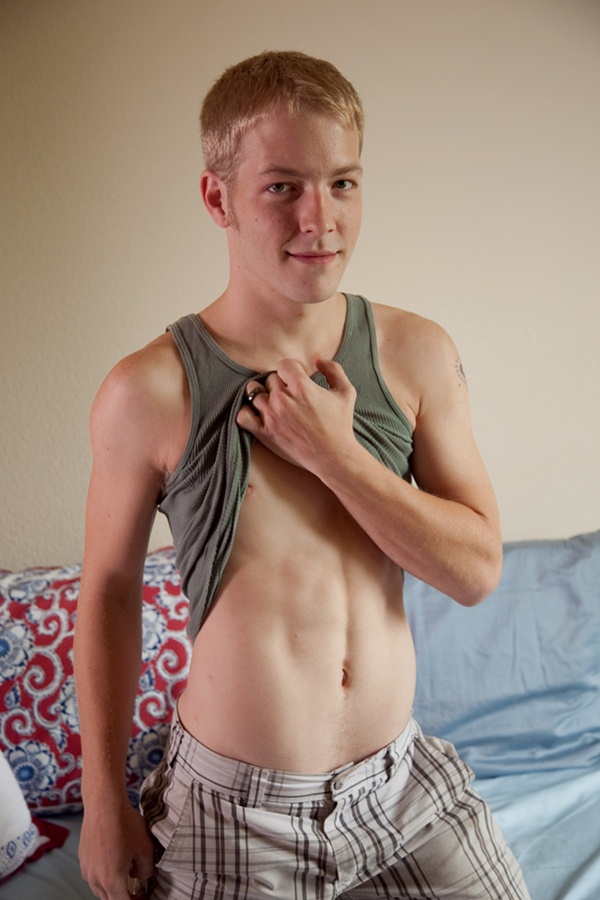 Terry is a 24 year old, blonde haired, blue eyed nasty boy. Terry might look young but don’t let those boyish good looks confuse you. He is nasty to the core when it cums to getting his rocks off. He had plenty of stories to share with us especially those about how he likes to be dominated and told what to do. Terry was all about sex from the minute he arrived. I could tell that he was just so turned on at doing this and he didn’t care who was there or who was watching he just wanted to put on a good show for everyone.

I can’t remember a boy wanting to please his audience as much as Terry. Terry started teasing us with his cock out as he told stories of how he loves his balls racked while he fucks. Then as if he couldn’t take it anymore, he rips his clothes off and continues to stroke his big cut cock. Terry then squeezes out a river of young boy poison all over his stomach.