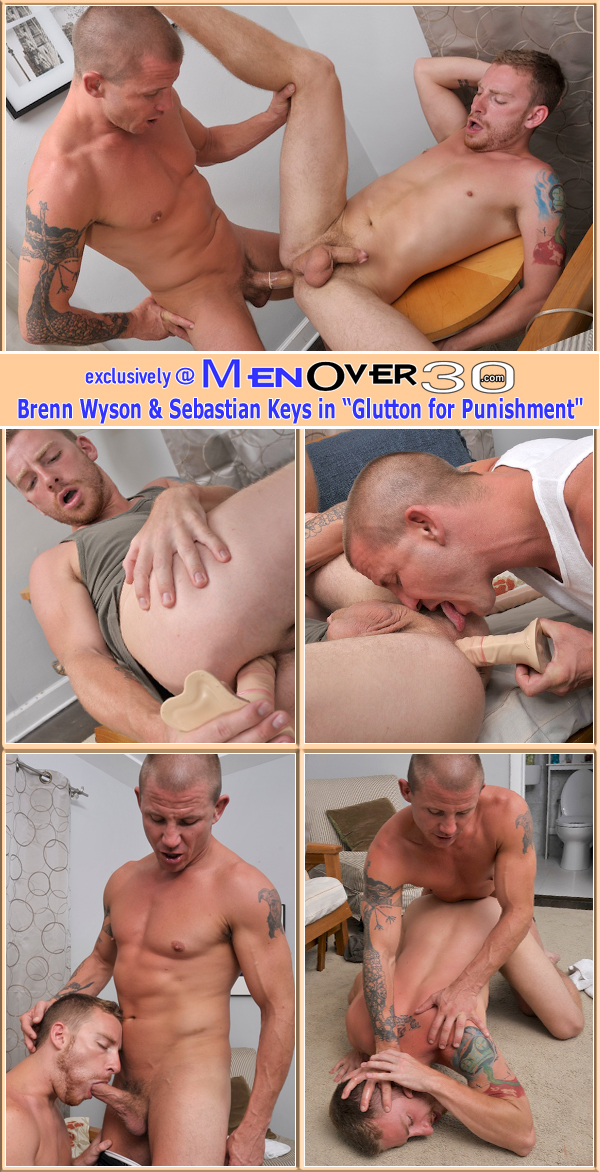 He goes right to work fucking that hole as he orders Sebastian to pull on his nuts while he fucks that ass. Brenn mounts that ass hard as Sebastian takes a pounding. Brenn then gets Sebastian by the neck as he pins him to the wall. He hoists him up and shoves his dick into him as he carries him. He bounces Sebastian on his dick up against the wall before turning him towards the side table knocking everything off of it as he continues to take that hole.