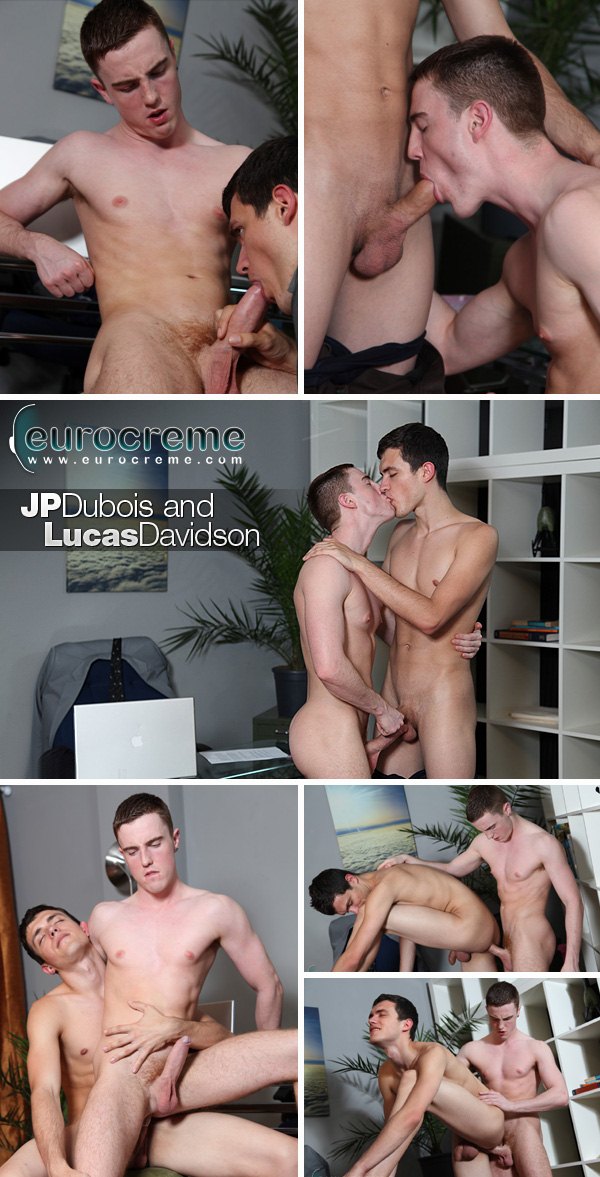 Entering his office after a hectic week of everything going wrong in the Hotel, JP Dubois is greeted by his masseur ready to help him unwind. Stripping off naked for a full body rub-down, Lucas Davidson is a bit taken aback by the candidness of the manager but goes along with it…

As JP fully relaxes, he gets harder and harder, and Lucas takes full advantage, rubbing his thighs and going further until he’s actually sucking on the boss’ dick! Lucas is definitely a buff young twink, hot pecs and six-pack showing, not to mention his thick dick which JP gags on repeatedly, letting himself fully enjoy the spoils of being in charge!

Both guys take it in turns to get fucked and to get their own end away, First JP gets it hard, then Lucas is really rammed by JP’s delicious dick, ending up with not only a facial, but a second cumload all over that smooth, perfectly formed chest! JP praises his relaxation method, but is he actually the masseur JP thinks he is??