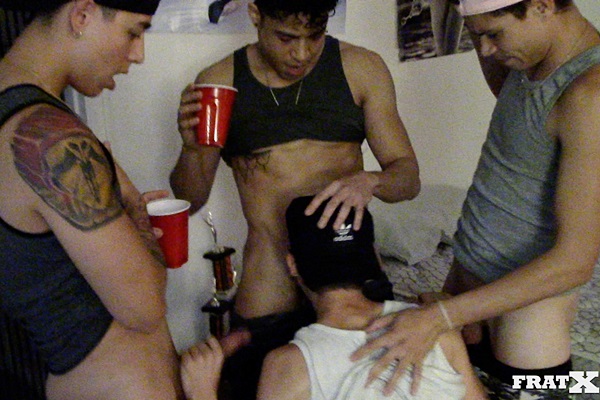 We have 8 new models at Fratx. I added their names to the collage, so you know who they are. Cole (aka Cole Church) had appeared in previous episodes, but other guys are new faces. Brody looks familiar, but I can not recall his full name.

Andy is a new cumdump in this scene. Adam, Chase, Chris and Florien take turns fucking Andy’s mouth and ass in doggy, missionary and pile driver style before they breed Andy’s wrecked hole with several loads.