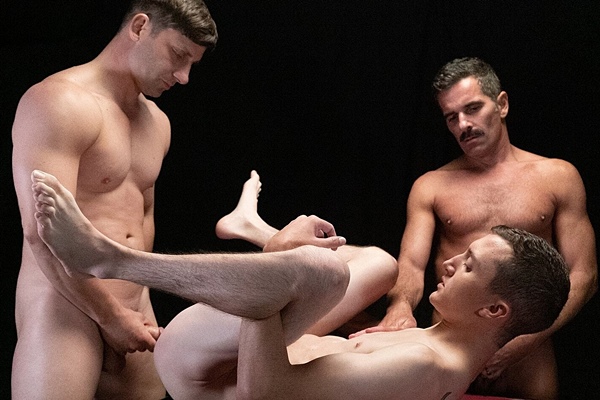 Jack fucked Mitch and Rick at Twinktop before they reversed the table at Masonicboys. They undress Jack before they have Jack ride a rubber phallic plug bench. Jack loosens himself up by trying from smaller size buttplugs to the big ones.