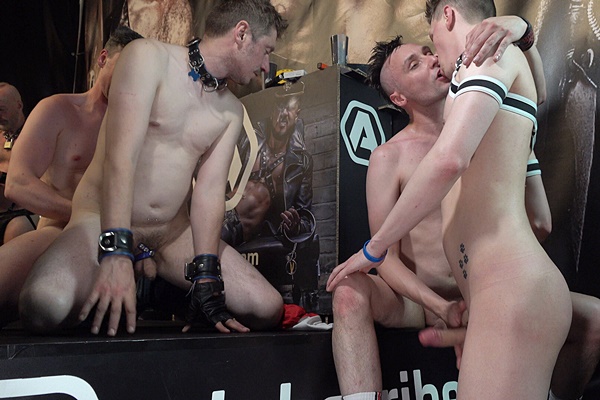 Rob (in NP94 t-shirts) and S.Sagi (in Fly Emirates red shirts) are new amateur models at Hungyoungbrit. Other two guys are faces to me. Rob and the guy (wearing a black hat backwards) are tops in this scene.

Rob and that blond top tag team S.Sagi in different positions before another bottom joins the team. That blond top also gets his tight ass rimmed and finger-fucked by S.Sagi. Rob strokes his thick cock until he gives other guys a facial.