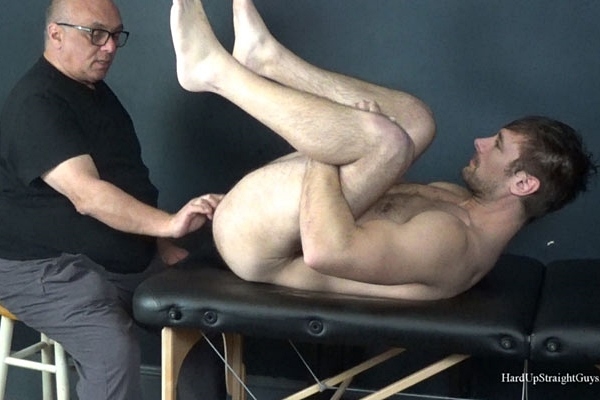 Billy did two service scenes at Slowteasinghandjobs before he worked for Hardupstraightguys. Billy strips down and gets on his back on a massage bed with his legs in the air for an enema to clean out. Rich then lubes Billy up with his finger.