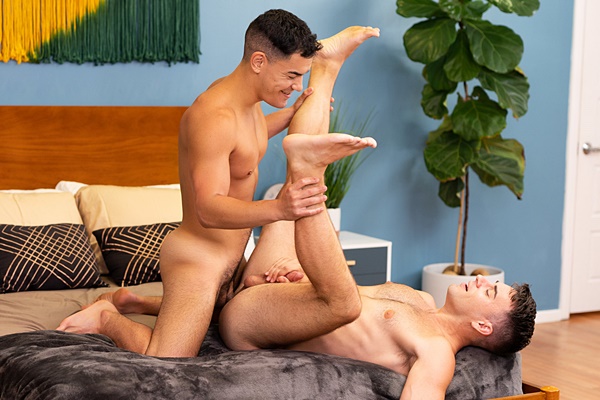 Both JC and Liam are new models at Seancody. JC is a brunette jock and Liam is a good looking, ripped dude. JC and Liam make out and take turns deep-throating each other’s dicks before Liam rims and barebacks JC in missionary, doggy and cowboy style.