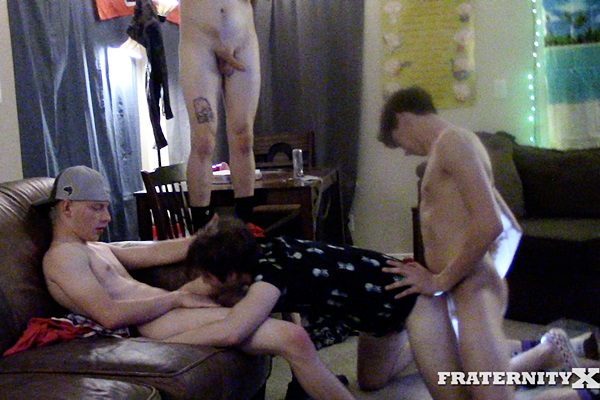 Although Ashton had bottomed at other studios, he’s not got fucked at Fraternityx yet. And I’m still waiting for Finn’s bottoming debut. The scene starts as Max gets his both holes filled with raw cocks.