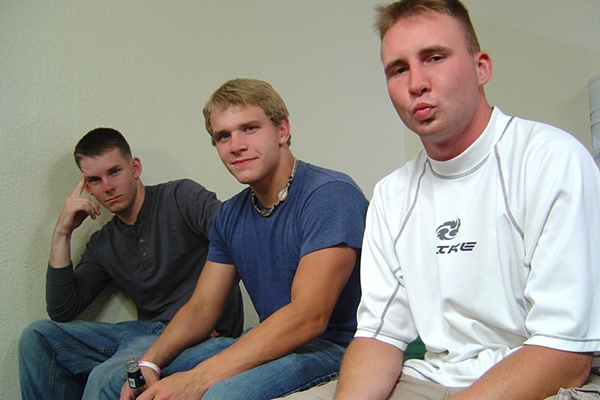 Bobby, Jared and Carter strip down and stand around Rob. Rob takes his turns to sucking three hot guys back and forth. They take turns dumping their loads on Rob’s face before Rob licks clean their cummy cocks.