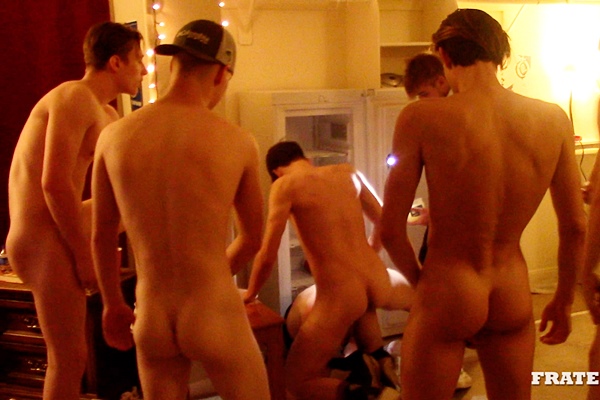 Darren had been gangbanged once in a previous episode at Fraternityx. I am still waiting for Cole and Finn’s bottoming debut. Darren deep-throats Brandon, Cole and Shae’s cocks before they have Darren bend over and put his head in the fridge.