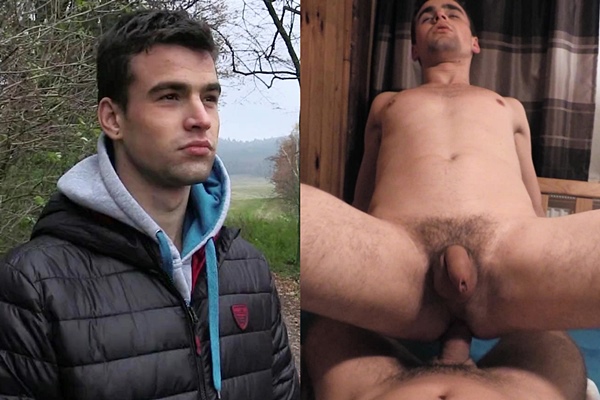 Tom is one of the hottest models at Bigstr. He’d appeared in previous episodes before (Check my post: Czech Hunter 489). The camera guy meets Tom in the countryside before they head to a small house where Tom lives in.

Tom sucks the cameraman’s cock before they stroke each other’s dicks. The camera guy then barebacks Tom in cowboy and missionary positions. Tom jerks the cameraman off until the cameraman dumps a big load on Tom’s face. Tom then jerks off himself.