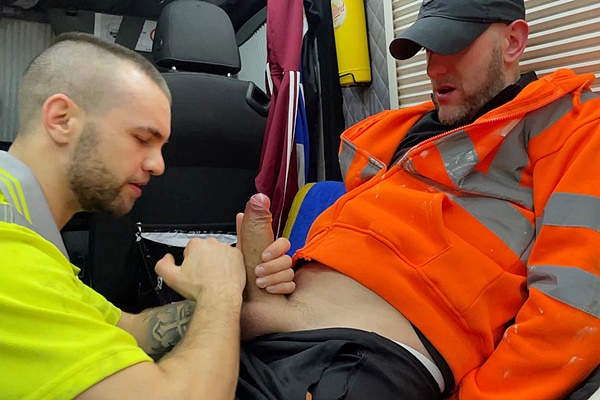 This is a hot new bottoming debut from Rawroadnation. Steve is a tough macho blue collar worker with a big thick uncut cock. This is the first time Steve takes a dick up his virgin ass. Miley meets Steve in a public washroom before they head back to the van.