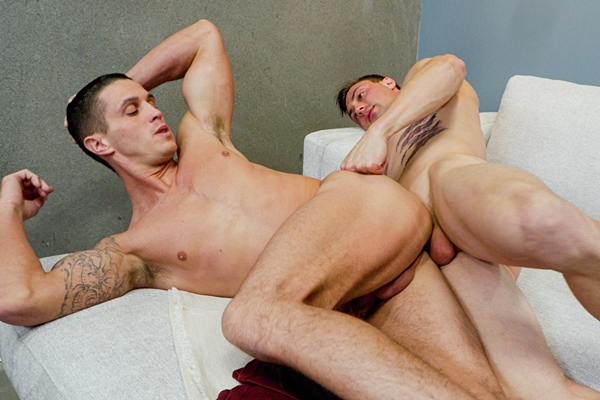 This is the first time Nick Clay bottoms up on camera. Nick is a hot stud with a lean ripped body and a tight ass. Damien plows Nick’s hot ass with his thick raw cock in several positions before they shoot their creamy loads.