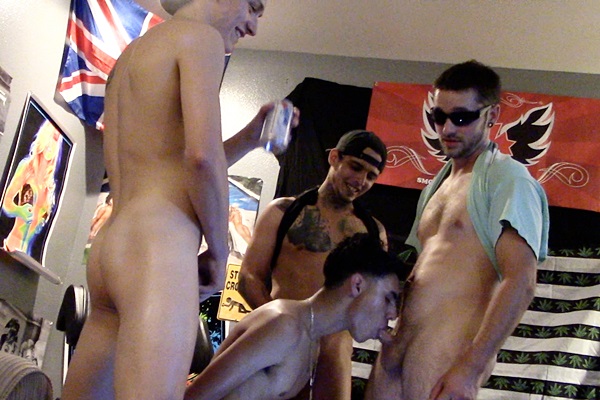 This is Chase’s second bottoming scene at Fraternityx. Chase has a bubble ass everyone wants to fuck. Chase deep-throats Bentley’s cock before he gets spitroasted.